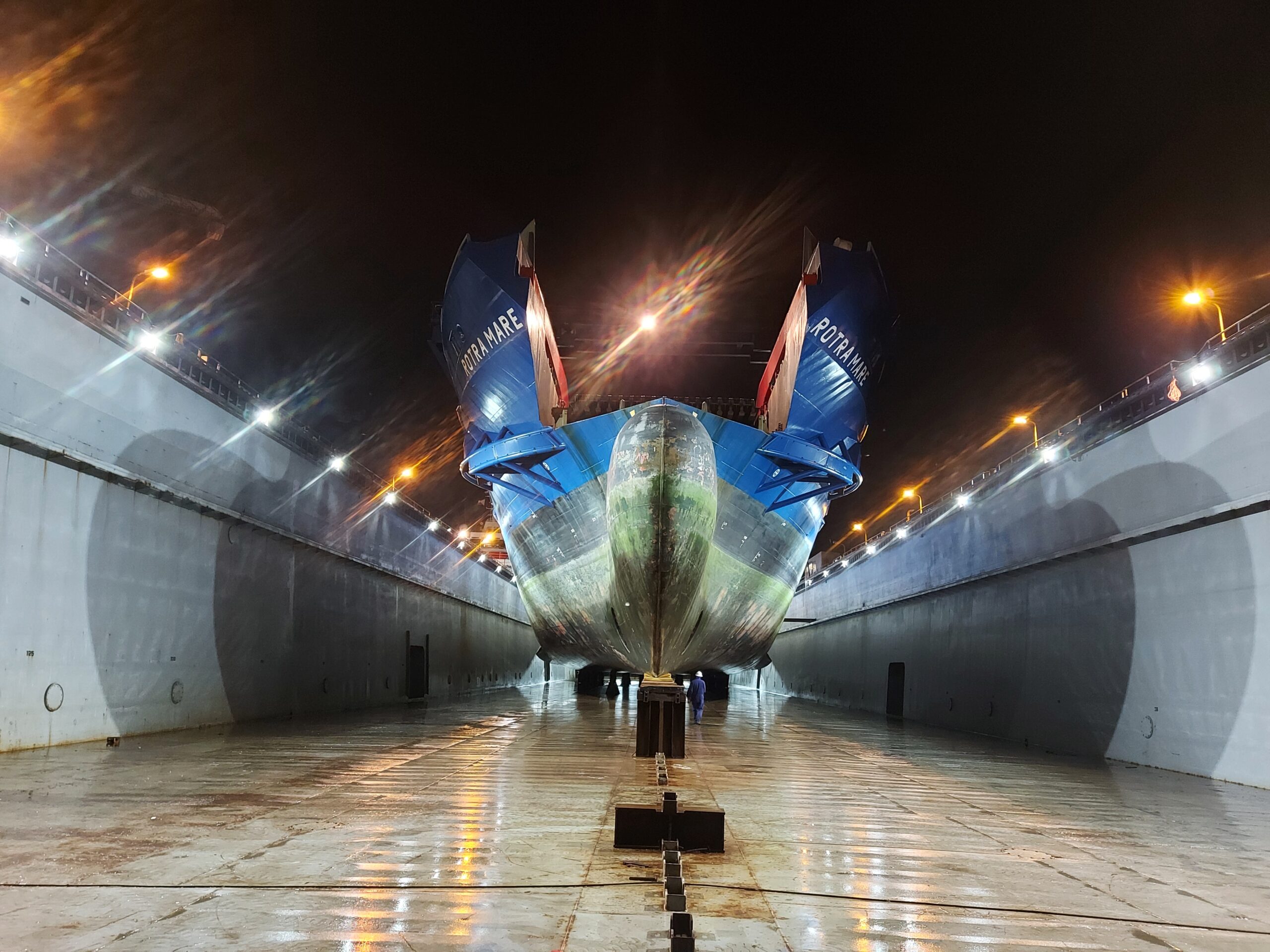 Due to the increasing height of wind turbines, transport vessels must be made suitable for the transport of these next generation wind turbines. Commissioned by Amasus Shipping, Holland Shipyards Group is currently working on the conversion of MS Rotra Mare in collaboration with Niestern Sander.

The Rotra Mare of 141,6 by 20,6m will be extended to a vessel of 152,7m. To construct this extension, a new section is being built. The current vessel will be cut in half for this purpose, the bow will float out of the dry dock and the new section will be placed in between. This section will first be adapted to the aft ship in the dry dock, after which the dock will be lowered for the attachment of the foreship.

While the Rotra Mare is under construction, we are also working on the conversion of her sister vessel, the MV Rotra Vente. This conversion includes the installation of new sponsoons on both sides of the vessel to increase the deck width to 23.6m. The lifted bow will also be raised to load the next generation of wind turbines.
The Rotra Mare is expected to enter service in January 2022, followed by the Rotra Vente in March 2022.

Previously converted
Both the Rotra Mare and the Rotra Vente are familiar vessels to Holland Shipyards Group, as they were both converted at our shipyard in 2016. We would like to thank Amasus Shipping once again for the trust they have placed in our organisation.

Subscribe to 'The daily Deal'
and get the latest updates
from the region in your mailbox.

Thank you for registering! Follow us on social media and stay in touch with the region.